Free shipping on orders $75 or over In our modern world of pseudo-celebrities and Instagram stars, some fashion icons burned brightest in a time now forgotten, but are memorialized today on the runways of Paris and Milan.  Known for her henna-ed flame red hair as much as for walking cheetahs around Venice on diamond studded leashes…the Marchesa Casati was larger than life and chic as the devil. The jetsetting art collector who’s goal was to be a “living work of art,” was herself the subject of many paintings, sculptures and photographs in the early part of the twentieth century. Oft described as a lesser-known Mona Lisa, this globe trotting Italian aristocrat was a muse to some of the greatest artists of her generation and renowned by society and art patrons of her time. The impression she left was immeasurable.

She also made a name for herself because she rejected the status quo. As a noblewoman she could have lived quietly and comfortably partaking in dinner parties and charity events but instead sought knowledge and kept the company of literary geniuses, authors, museum curators, sculptors, and other artists. She embraced all that made her unique, and rejected living a life as a kept woman.  Her parties were the thing of legend with costumes and indulgences so over the top they would have made the Great Gatsby jealous. Decades before the ground-breaking naked restaurant’s of today, it is said nude servants gilded only in gold leaf attended her. Among her most prized possessions were a gold custom made throne, occult relics, and ancient Egyptian statuary. Her legion of admirers spanned the globe and included Diaghilev, Picasso, Man Ray, Proust, Erté, and the most famous of all…Kaiser Willhelm II. She was partially responsible for the beginning and success of the Ballets Russes, and helped many stuggling authors and writers early in their careers.

Artists today are still captivated by the Marchesa, with the “dramatically aesthetic”  fashion line (WWD) of the same name drawing inspiration from her life and times. Everyone from John Galliano, Tom Ford, Alexander McQueen and Karl Lagerfeld have found inspiration from the life of this fiery haired noblewoman. Her legend lives on in art, literature, poetry, fashion, and urban legend.

In our new special series, we are sharing interviews and stories from the founders, stylists and experts that we have been so lucky to meet through...

If the eyes are the windows to the soul, where does that leave the shoulders? Not always appreciated as a sexy part of the human form, the shoulders...

Let customers speak for us

This was my first time using this kind of product.
I was satisfied with the finished product! 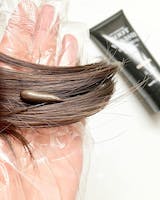 J
Color Shampoo Julie
I am satisfied so far

I was looking for a gray hair shampoo because my hair was getting damaged from commercial hair dyes.
I use it for 10 minutes every day for the first 3 times and then every other day for 5 minutes. As someone else wrote in a review, I use it after wiping my wet hair with a towel. I hope I can continue to use it and dye it to the point where I don't mind.
I will use it for 2 or 3 minutes from now on because my face starts to itch after 10 minutes of use.
I am happy that my pillow is not dyed when I use this shampoo. 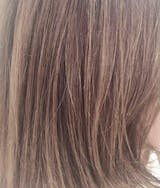 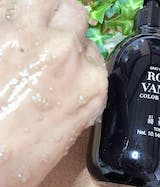 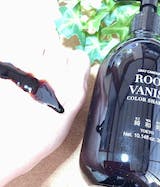 A
Color Shampoo Amanda
My gray hairs are less noticeable

I bought it for the first time because my gray hairs were becoming noticeable. It's only been three days since I started using it, but the color has improved a little and my gray hairs are less noticeable. I would like to continue using it.

D
Coloring Brush Debra
Compact and easy to use

I use it when I have time before going to the hair salon, but I am worried about the gray hairs at the roots. It is also useful when I find a gray hair before going out. I was worried about my somewhat sensitive skin, but it is gentle on the skin and so far I have not had any rashes. I am also happy that it is compact and easy to take with me when I travel.

I am a man in my mid 40's and I started getting gray hairs a few years ago and I wanted to make my hair look as good as possible because I am a salesman at work, when I came across Treatment Kiwami. When I used Kiwami, I was satisfied with its refreshing finish without the distinctive smell of gray hair dye. I will continue to use Kiwami to become a cool old man. Thank you very much. 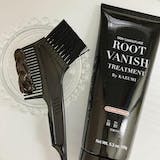 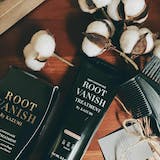